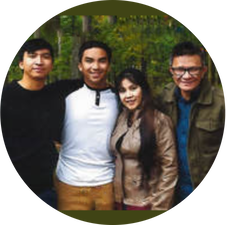 It was at seminary in Manado, Indonesia that Edwin and Helmi met and began to serve the Lord together. In 1991 Helmi graduated and came to Canada, followed by Edwin in 1995. They were married in July 1995, and now have two children, Kyle and Toar.

The Karwurs were appointed in March 2006 to serve in Indonesia in the areas of church planting and Theological Education. Since their arrival in Indonesia, both Edwin and Helmi have also been involved in facilitating student-run evangelistic campaigns in North Sulawesi and spearhead church planting efforts there through the seminary where Edwin also teaches and Helmi is overseeing the English school that they created to become a possible source of income for the Seminary.

Please pray continually for them.  Their sons, Kyle and Toar are in Canada pursuing their education. 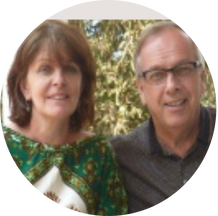 Richard and Brenda Flemming have been involved in missions with Fellowship International for the past 30 years. After church planting in France for 15 years, they returned to Canada where they were involved in a leadership role with their mission.  From there Richard and Brenda moved overseas to  the Democratic Republic of the Congo as mission coaches. Their work involves training and working alongside Congolese individuals, churches and church associations to begin to develop a truly Congolese mission venture.

Brenda grew up in Corunna and much of her family still reside in the Sarnia area.  Temple has been one of the churches who has faithfully followed Richard and Brenda through several transitions and has always been a source of encouragement.
​brendaflemming@gmail.com